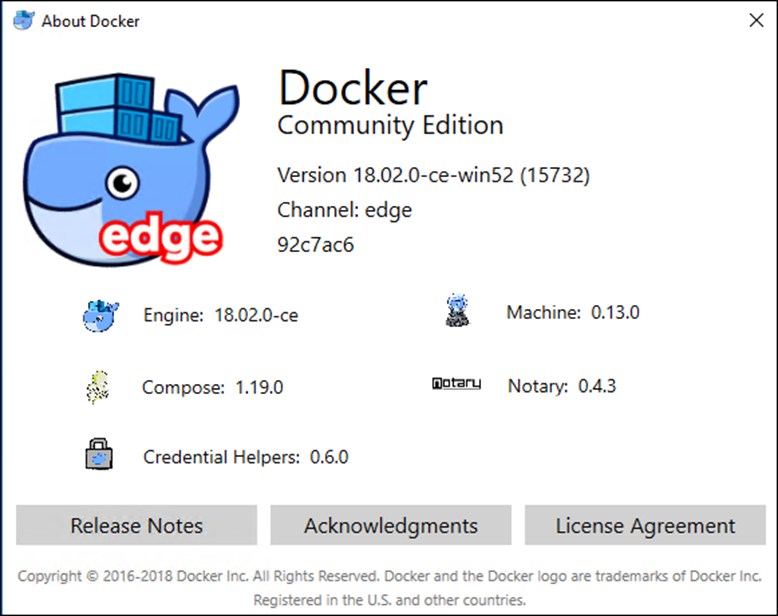 With Docker for Windows started and Windows containers selected, you can now run either Windows or Linux Containers simultaneously. The new –platform=linux command line switch is used to pull or start Linux images on Windows. Now start the Linux container and a Windows Server Core container. Both containers are running on a single host. To run Linux containers in a Linux VM, follow the instructions in Docker's get-started guide. Docker has been able to run Linux containers on Windows desktop since it was first released in 2016 (before Hyper-V isolation or Linux containers on Windows were available) using a LinuxKit based virtual machine running on Hyper-V. It’s time to run and test your image: $ docker run -it Ubuntu. You should see root prompt: [email protected]:/# This means you are literally running bare minimal Ubuntu inside Linux, Windows, or macOS. You can run all native Ubuntu commands and CLI utilities. Let’s check all the Docker images you have in your directory. Docker image build -t crossplat:linux. And then to build the Windows container, switch Docker into Windows mode, and issue this command: docker image build -t crossplat:win. Running the containers. To run the contains, we need to use docker run, and expose a port. I'm setting up the app in the container to listen on port 80, and exposing it.

It is now possible to run Docker containers on Windows 10 and Windows Server, leveraging Ubuntu as a hosting base. Imagine running your own Linux applications on Windows, using a Linux distribution you are comfortable with: Ubuntu! It is now possible to do so using the power of Docker technology and Hyper-V virtualization on Windows. The Docker menu in the top status bar indicates that Docker Desktop is running, and accessible from a terminal. If you’ve just installed the app, Docker Desktop launches the onboarding tutorial. The tutorial includes a simple exercise to build an example Docker image, run it as a container, push and save the image to Docker Hub.

I admit it, I was not a friend of Oracle databases running in Docker containers for a long time. My database systems for testing and demo purposes were all running in VMware, Virtual Box or in the Oracle Cloud. But I have used the Windows Subsystem for Linux since beginning, to work with the Oracle Oracle Cloud Infrastructure CLI, Git Integration etc.. And what I really like is the WSL extension for Visual Studio Code which gives me to chance, to edit Ansible Vault files in Windows without any additional Linux based VM running.

With the update of the existing Windows Subsystem for Linux (WSL) architecture to version 2, the Docker Desktop for Windows is now fully integrated and able to run Docker container in WSL as a lightweight VM. Now it’s time to change my mind, why not use Docker to try out new Oracle features, do some development stuff and more?

What to we need to run Oracle databases in WSL 2 Docker Containers?

This blog post shows you how to setup WSL 2 to run Docker images. Sure, you can use the Oracle provided Docker images or self created images too. But I have verified the Oracle repository today, the Dockerfile version is 19.3.0. And I don’t have the passion, to create new Dockerfiles for example to run 19.8 and download additional RU software.

For example, if you specify the .NET SDK docker image in your Dockerfile:

Then on Windows, if you're using Windows containers, it will pull the appropriate Windows Nano Server container. This could be version 1809, 2004, or 20H2, depending on your host OS version.

On a Linux system, this would pull the x64, arm64, or arm32 image, depending on your host architecture! 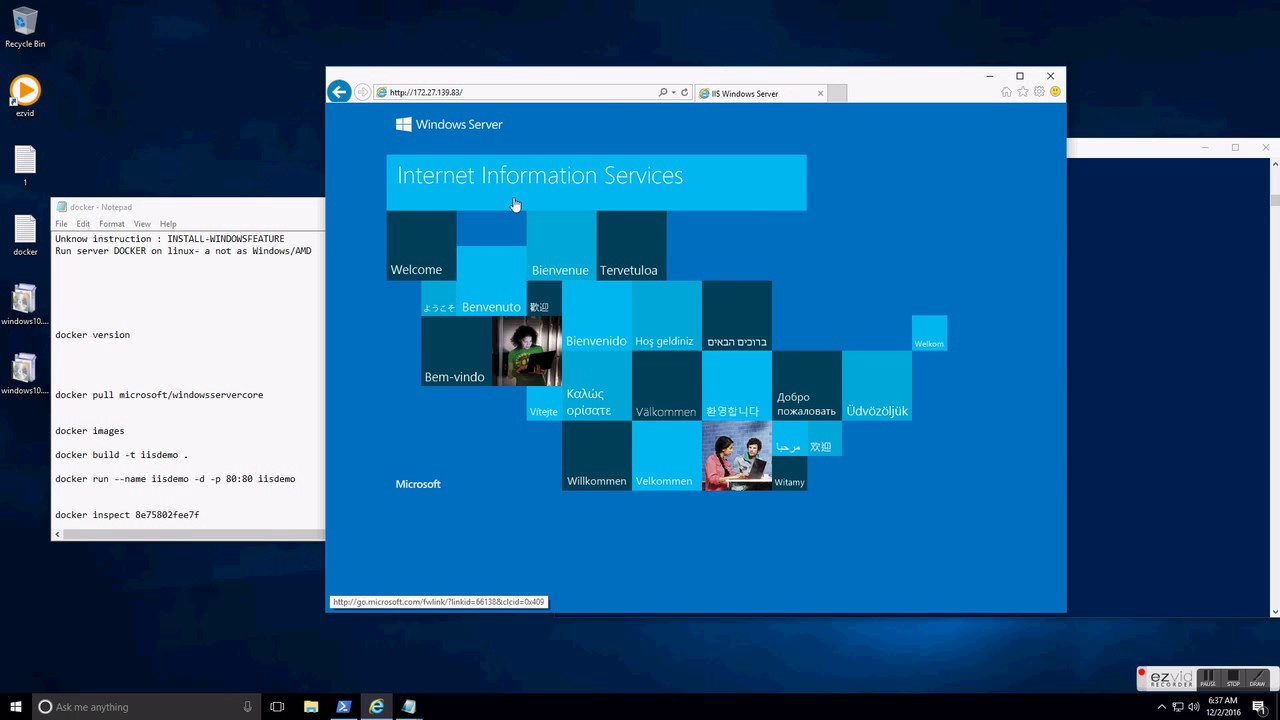 While working on the CI for the Datadog Tracer, I wanted to use dadarek/docker-wait-for-dependencies to ensure docker-compose has started all the dependency containers before we run our integration tests.

The problem was that the dadarek/docker-wait-for-dependencies docker image doesn't support ARM64, so we were getting failures in CI when trying to run the image on Linux

In general, you can't run docker images that target a different processor architecture than your hose system. However, you can run Linux architectures like ARM64 on Windows using Docker Desktop. Docker Desktop uses the qemu-static emulator to make this cross-architecture emulation completely seamless!

As the repository and Dockerfile for dadarek/docker-wait-for-dependencies are open source, I decided to rebuild the dockerfile as a multi-arch file that supports ARM64. Luckily, this is very easy to do with Docker's new buildx command,

In this section I describe the steps I took, based on the documentation about the buildx command.

We start by cloning the docker-wait-for-dependencies repository:

You can see what platforms are supported by buildx by running docker buildx ls:

This lists the supported platforms you can build from. In my case, this includes the following platforms:

We start by creating a new builder that supports the multi-arch platforms, calling it mybuilder. Specifying --use sets this as the current builder:

Building a multi-arch image is as simple as using docker buildx build and passing the desired platforms using --platform as a comma separated list:

Using the following command, I built the docker image for multiple architectures, tagged it as andrewlock/wait-for-dependencies:latest, and pushed to docker hub:

If you don't want to push directly to a container registry, you can use --load to test it locally, but you can't test with multiple platforms yet unfortunately:

And that's it! If you view the image on Docker hub you can see that the image supports multiple architectures under the OS/ARCH column:

With that change, we could now run the docker image on ARM64 processors!