TweetDeck offers a more convenient Twitter experience by letting you view multiple timelines in one easy interface. It includes a host of advanced features to help get the most of Twitter: Manage multiple Twitter accounts, schedule Tweets for posting in the future, build Tweet collections, and more. Yesterday, TweetDeck launched natively on Mac and Windows, bringing with it a brand new experience in-line with #NewNewTwitter’s focus. Like Twitter, it’s another big change many will have a hard time adjusting to. Most of my day is spent on a Macintosh. That other part of my day is spent on Windows (which I don’t mind).

I love TweetDeck, the Twitter client. Unambiguously. It has become one of those applications in the “lights out” category: when it stops working, it’s like someone’s turned the lights out. Yesterday it simply dumped tweets and stopped refreshing, keeping a handful of replies but otherwise showing blank columns. 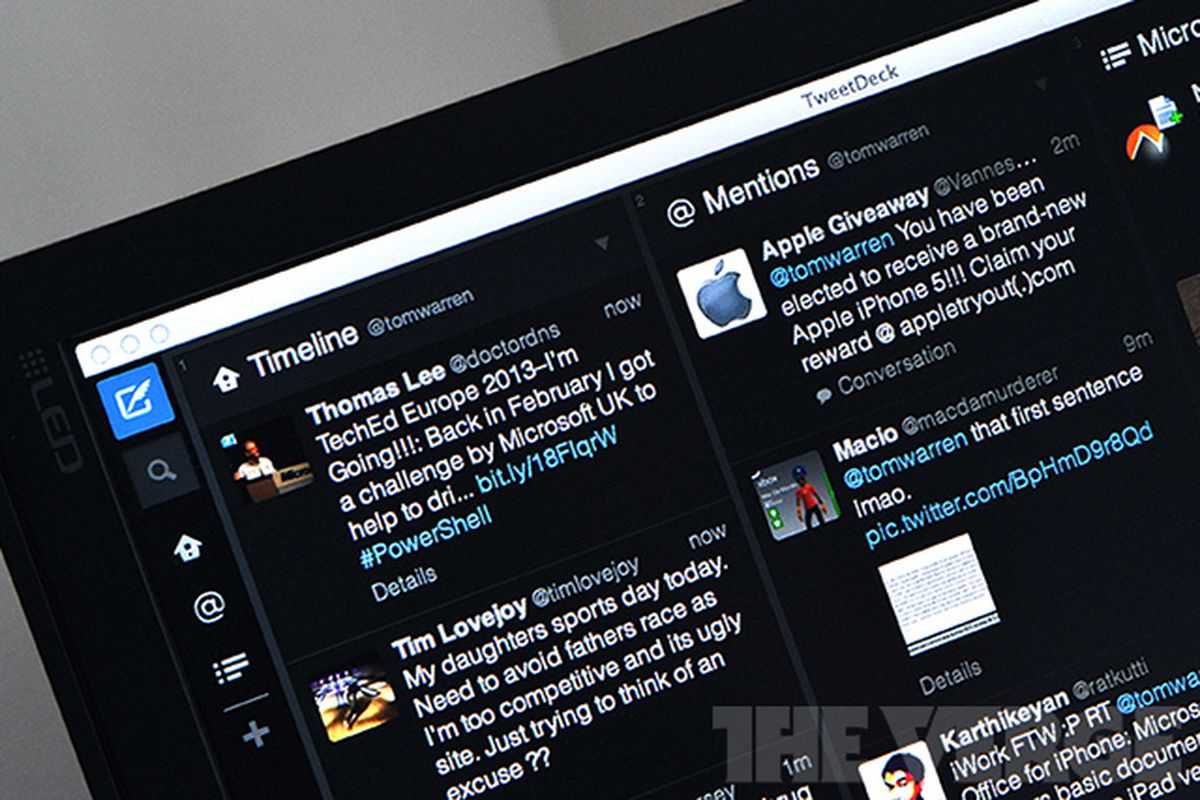 Using a combination of advice from the old TweetDeck blog, a blog to which it pointed, and something from @chopso, here’s what I did:

I suspect that was overkill and I would have got the same result:

I don’t normally write “support” posts (unqualified to do so) but because I couldn’t find the @chopso step anywhere and it was vital to my success in getting TweetDeck working again, I thought I’d put this up.