Python distributions are available from Anaconda, the Python Software Foundation, JetBrains (PyCharm), and others. This tutorial shows how to install Python.

In this chapter, you learn how to install Python on MacOS, Windows, and Linux. We will look at multiple installation methods per platform and discuss what I think is the best option to choose from.

Most of the time, it’s not advisable to use the official installer from the python.org website. Instead, it’s better to go for the version packaged by your operating system. The advantage of OS supplied version, is that you’ll get automatic updates.

There are three methods you can choose from on Windows.

Microsoft hosts a community release of Python 3 in the Microsoft Store. This is the recommended way to install Python on Windows because it handles updates automatically and can be uninstalled easily too.

To use this method:

With the official installer

You can download a Python installer from the official Python download website too. This method does not give you automatic updates, and I would recommend it only if you don’t have access to the Microsoft store.

If you’re familiar with Windows Subsystem For Linux, you may want to consider that option too. It’s what I use myself, and I’m truly loving it. It offers me the advantages that Windows has to offer (mainly great hardware support), while still enjoying Linux which is, in my opinion, the best platform for Python development.

To install in WSL, you’ll first need to install WSL itself. Go for WSL2 if you can. It’s much better. After that, simply follow the Linux installation instructions below! 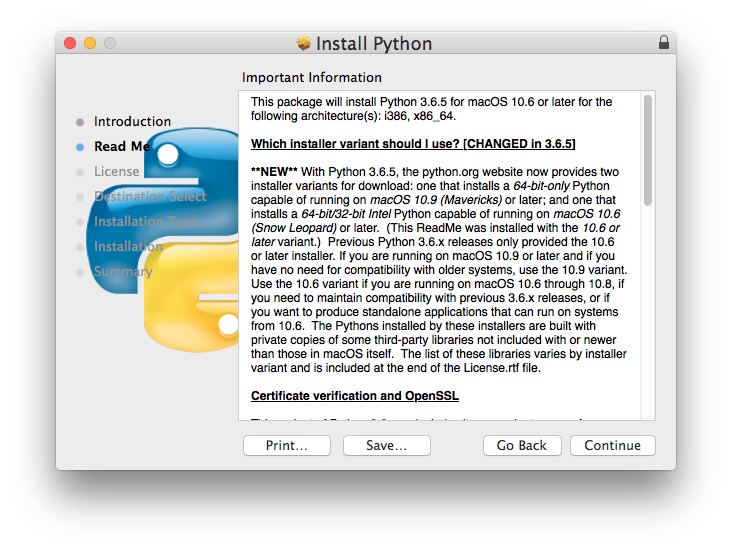 On most versions of MacOS before Catalina, a distribution of Python is already included. Unfortunately, it’s almost certainly an old version, Python 2.7. Luckily, there are two ways to install Python 3 on a Mac with ease. 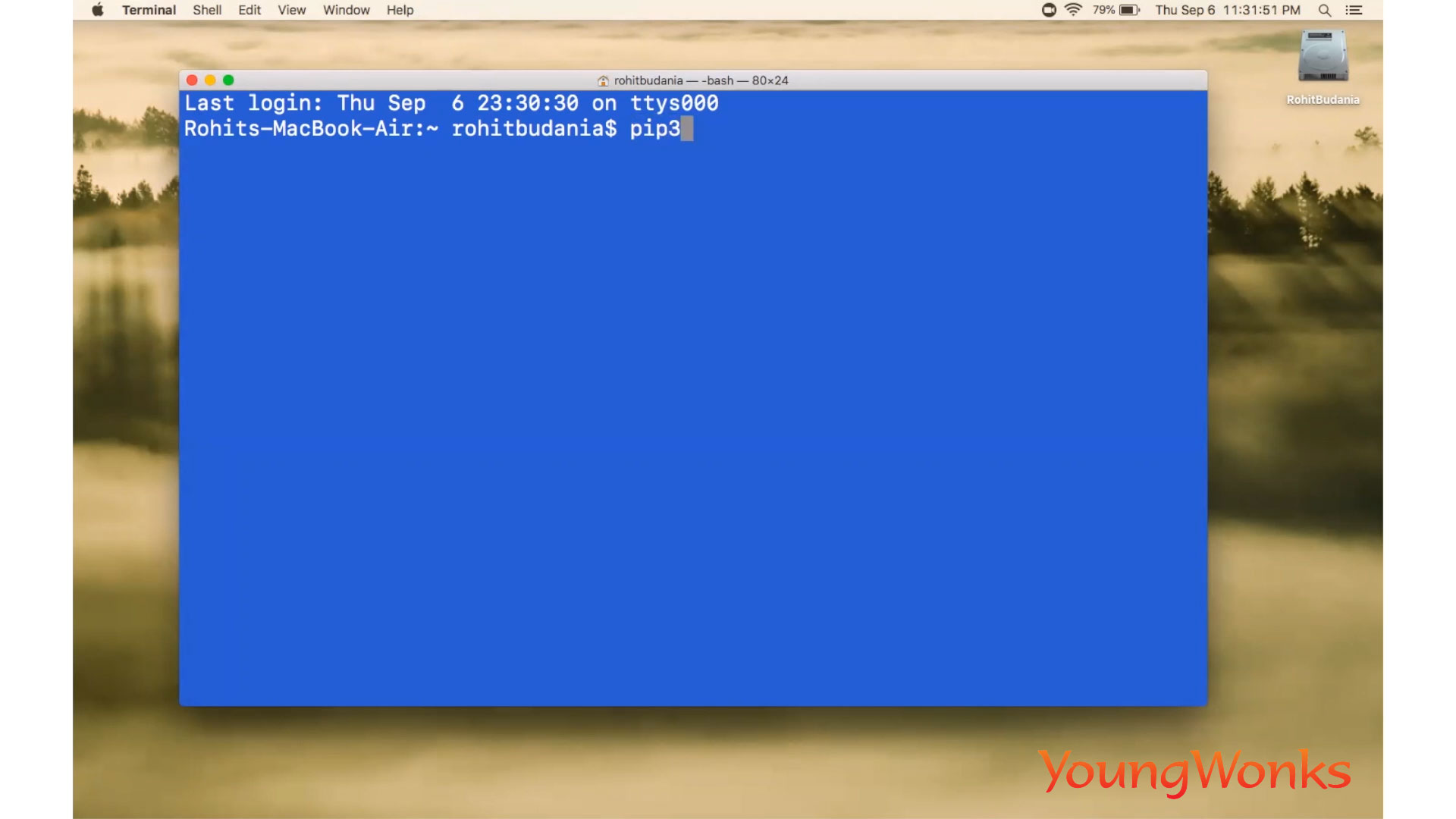 First and foremost, I recommend looking into Homebrew. It allows you to install almost anything easily. The added benefit is that it’s also easy to upgrade to newer versions later on.

Once you are up and running with homebrew, installing Python on MacOS is as easy as:

There are several ways to install Python on Linux, that is, if you need to install it at all!

Most Linux distributions include Python. Many will include both Python 2 and Python 3.

You don’t want Python 2, but some OS’es still ship with it, unfortunately.

Now try python3 --version. If you get a “command not found,” you need to install Python 3. If your output looks similar to this, you’re in luck: 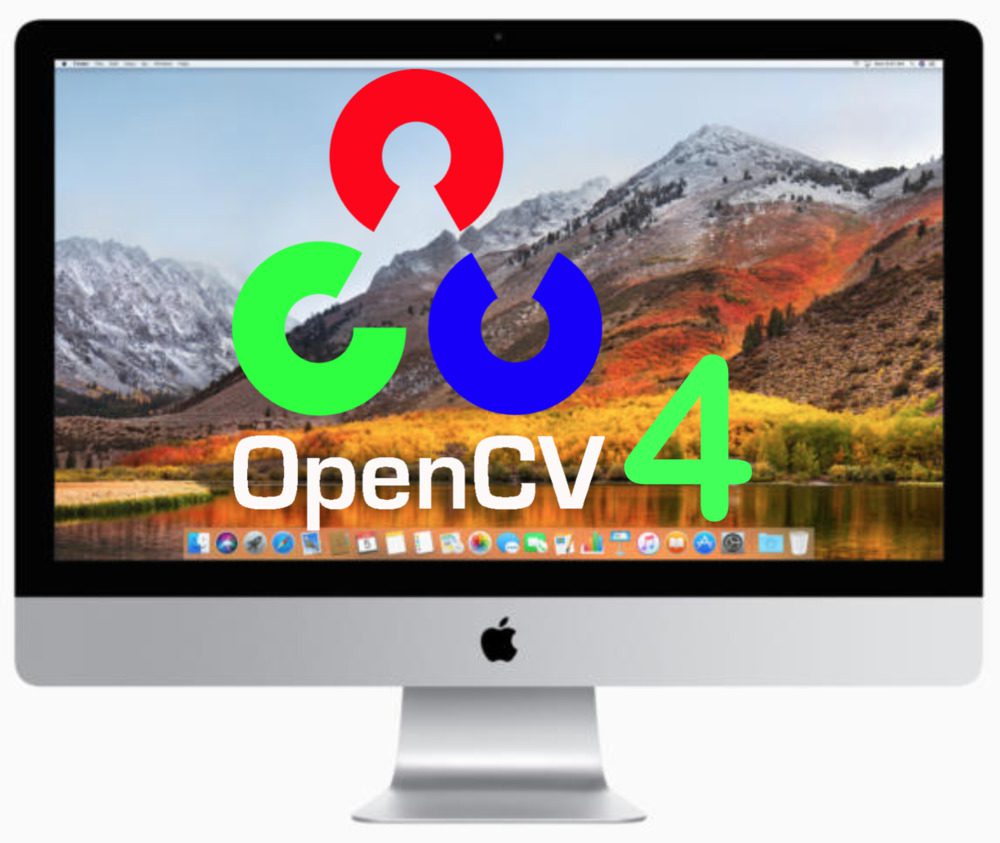 If you’re on Ubuntu, Linux Mint, or Debian, you can install using apt:

Another interesting option for Linux is using Homebrew. That’s right, the package manager for Macs also works on Linux.

The major advantages of using Homebrew:

I find myself using Homebrew more and more while working under Linux — give it a try!

Python in your browser

If you don’t feel like installing Python, or you are unable to install it for whatever reason, I’ll offer an alternative too: you can use Python right from your browser; no installation necessary!