balenalib is the central home for 26000+ IoT focused Docker images built specifically for balenaCloud and balenaOS. This set of images provide a way to get up and running quickly and easily, while still providing the option to deploy slim secure images to the edge when you go to production. 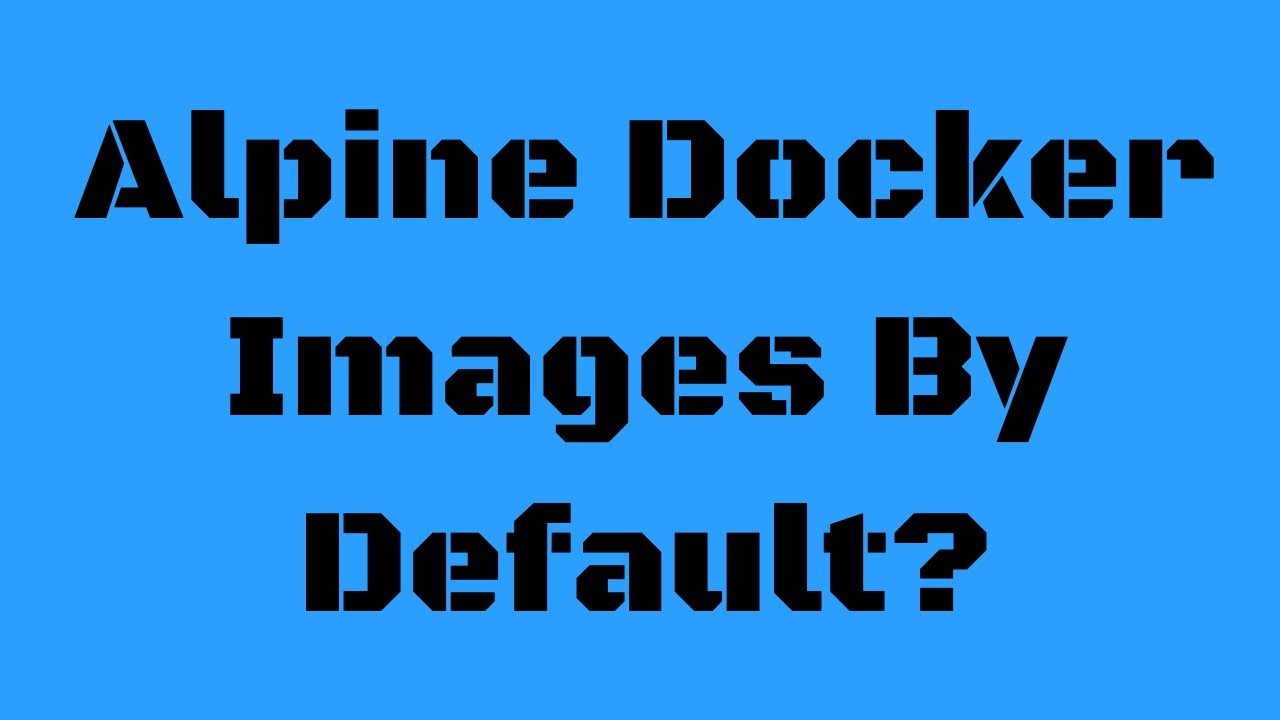 Nov 08, 2015 The text was updated successfully, but these errors were encountered. FROM node:alpine as builder ## Install build toolchain, install node deps and compile native add-ons RUN apk add -no-cache python make g RUN npm install your npm dependencies here FROM node:alpine as app ## Copy built node modules and binaries without including the toolchain COPY -from=builder nodemodules. When using alpine, you need to install build dependencies for some node module to be able to be built natively. Here is an example of how you would install dependencies for packages that require.

How to Pick a Base Image

When starting out a project, it's generally easier to have a 'fatter' image, which contains a lot of prebuilt dependencies and tools. These images help you get setup faster and work out the requirements for your project. For this reason, it's recommended to start with -build variants, and as your project progresses, switch to a -run variant with some docker multistage build magic to slim your deploy image down. In most cases, your project can just use a Debian based distribution, which is the default if not specified, but if you know the requirements of your project or prefer specific distros, Ubuntu, Alpine, and Fedora images are available. The set of balenalib base images follow a simple naming scheme described below, which will help you select a base image for your specific needs.

How the Image Naming Scheme Works

With over 26000 balenalib base images to choose from, it can be overwhelming to decide which image and tag are correct for your project. To pick the correct image, it helps to understand how the images are named as that indicates what is installed in the image. In general, the naming scheme for the balenalib image set follows the pattern below:

In the tags, all of the fields are optional, and if they are left out, they will default to their latest pointer.

Note: Pinning to a date-frozen base image is highly recommended if you are running a fleet in production. This ensures that all your dependencies have a fixed version and won't get randomly updated until you decide to pin the image to a newer release.

For each combination of <hw>-<distro>-<lang> there is both a run and a build variant. These variants are provided to allow for easier multistage builds.

The run variant is designed to be a slim and minimal variant with only runtime essentials packaged into it. An example of the packages installed in can be seen in the Dockerfile of balenalib/armv7hf-debian:run.

The build variant is a heavier image that includes many of the tools required for building from source such as build-essential, gcc, etc. As an example, you can see the types of packages installed in the balenalib/armv7hf-debian:build variant here.

These variants make building multistage projects easier, take for example, installing an I2C node.js package, which requires a number of build time dependencies to build the native i2c node module, but we don't want to send all of those down to our device. This is the perfect time for multistage builds and to use the build and run variants.

Currently, balenalib supports the following OS distributions and Language stacks, if you would like to see others added, create an issue on the balena base images repo.

Not all OS distro and language stack versions are compatible with each other. Notice that there are some combinations that are not available in the balenalib base images.

Installing software packages in balenalib containers is very easy, and in most cases, you can just use the base image operating system package manager. However to make things even easier, every balenalib image includes a small install_packages script that abstracts away the specifics of the underlying package managers, and adds the following useful features:

An example of this in action is as follows:

This will run an apt-get update -qq, then install wget and git via apt-get with -y --no-install-recommends flags, and it will by default try this 2 times before failing. You can see the source of install_packageshere.

How the Images Work at Runtime

Each balenalib base image has a default ENTRYPOINT which is defined as ENTRYPOINT ['/usr/bin/entry.sh']. This ensures that entry.sh is run before your code defined in CMD of your Dockerfile.

At the end of a container's lifecycle, when a request to container restart, reboot or shutdown is sent to the supervisor, the balenaEngine will send a SIGTERM (signal 15) to the containers, and 10 seconds later it will issue a SIGKILL if the container is still running. This timeout can also be configured via the stop_grace_period in your docker-compose.yml.

In many IoT projects, your containers will want to interact with some hardware, often this hardware is plugged in at runtime, in the case of USB or serial devices. In these cases, you will want to enable udevd in your container. In balenalib images this can easily be done either by adding ENV UDEV=1 in your Dockerfile or by setting an environment variable using variables. 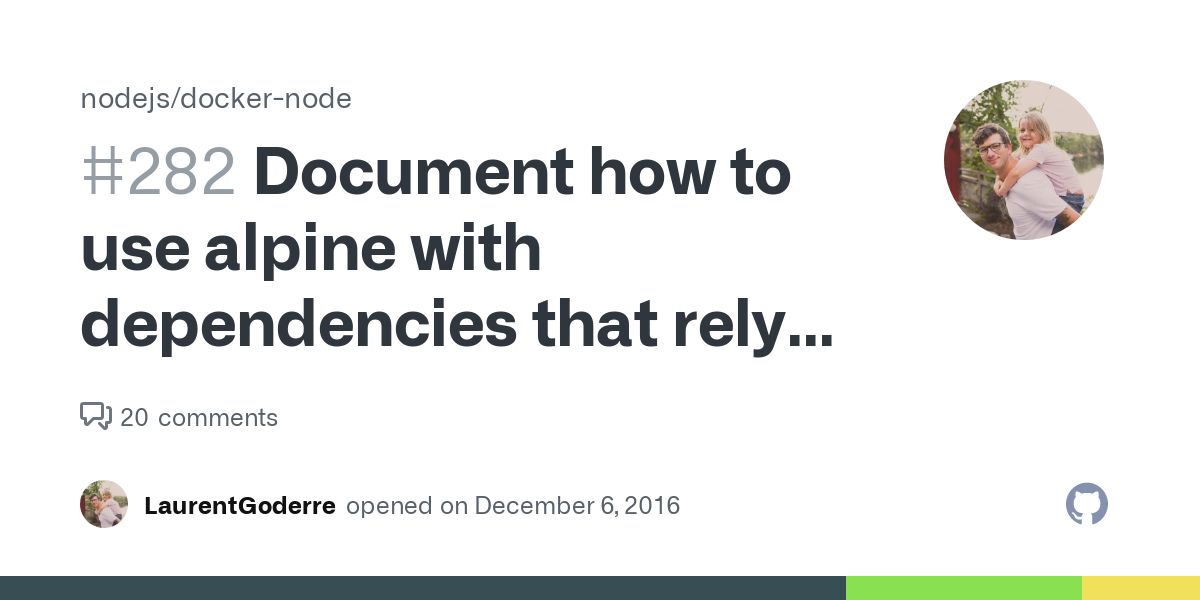 You will also need to run your container privileged. By default, any balenaCloud projects that don't contain a docker-compose.yml will run their containers privileged. If you are using a multicontainer project, you will need to add privileged: true to each of the service definitions for the services that need hardware access.

When a balenalib container runs with UDEV=1 it will first detect if it is running on a privileged container. If it is, it will mount the host OS /dev to a devtmpfs and then start udevd. Now anytime a new device is plugged in, the kernel will notify the container udevd daemon and the relevant device nodes in the container /dev will appear.

Note: The new balenalib base images make sure udevd runs in its own network namespace, so as to not interfere with cellular modems. These images should not have any of the past udev restrictions of the resin/ base images.

When moving from the legacy resin/... base images to the balenalib ones, there are a number of breaking changes that you should take note of, namely:

However, if your container relies on initsystem features, it is fairly easy to add this functionality to a balenalib base image. We have provided some examples for systemd and openRC. Please note that different systemd versions require different implementation so for Debian Jessie and older, please refer to this example and for Debian Stretch and later, please refer to this example.

Generally, for systemd, it just requires installing the systemd package, masking a number of services and defining a new entry.sh and a balena.service. The Dockerfile below demonstrates this:

can run on your x86 machine and there will be no Exec format error, which is the error when you run an ARM binary on x86. This approach works only if the image is being built on x86 systems. Use the --emulated flag in balena push to trigger a qemu emulated build targetting the x86 architecture. More details can be found in our blog post here. You can find the full source code for the two cross-build scripts here.