This post describes installing MongoDB (and backing it up and restoring from backup) in a Docker container on an Ubuntu Linux 14.04 virtual machine. (Update: 2017-05-24 we've just published an easier way to run MongoDB and Rocket.Chat and Wekan which depend on it)

The motivation for installing MongoDB is that it is the key-value based data container engine used by two compelling web technologies, Rocket.Chat and Wekan, that the OER Foundation has deployed for the OERu as https://chat.oeru.org and https://plan.oeru.org.

Sudo docker search mongodb. The search results show us that an official MongoDB container image called mongo exists in the docker container registry. By default, the MongoDB container stores the databases within the /data/db directory within the container. Next, we need to create a directory called “mongodb” to hold the docker-compose file. Sep 19, 2021 Install Mongodb Inside Docker Container. If a service can run without privileges, use USER to change to a non-rootuser. Start by creating the user and group in the Dockerfile with somethinglike RUN groupadd -r postgres && useradd -no-log-init -r -g postgres postgres.

Rather than trying to write a comprehensive guide to installing Docker, I'll instead recommend that you have a look at this one provided by the Docker community. It also covers installing on other versions of Ubuntu which might be helpful for some. Once you've got a working Docker container install going on your server, you can continue to the next step...

Note: the idea with Docker is that nothing important is stored in the container itself. That means that you can blow it away at any time without losing any important data. You can do that to quickly upgrade it, or to change its properties. You simply re-launch the container making sure it points properly to the persistent stuff you want it to use.

Once you've got Docker working on your virtual machine, getting the MongoDB docker container (where it's preinstalled and ready to go) is simple:

This will install the latest version of the MongoDB container from docker.io.

I recommend setting up a per-container user to help keep things well segmented. You can create a 'mongo' user:

This creates a directory /home/mongo and that's where we'll get the Mongo container to store the data we want to keep persistent.

We can create 'data' and 'backups' directories in which it should store its data and save its backups respectively:

Then you can launch the container:

You should be able to check it's running by typing

and looking for the reference to 'mongodb' (that's the 'name' we've assigned to this instance of the 'mongo' container).

which will drop you at the command line in the container. You can exit with 'exit' or CTRL-D.

If things go wrong, you can run this:

Which will give you a result like this (your filenames will be different):

In which case, you can look at the log file to see what's gone wrong:

Backing up MongoDB requires a somewhat circuitous process. Here's what I do (after quite a bit of head scratching and web searching - Note: these backups are not directly related to the 'backups' directory created above. More on that in the script below.):

On the host VM, I create a directory for backups - I use /home/backup 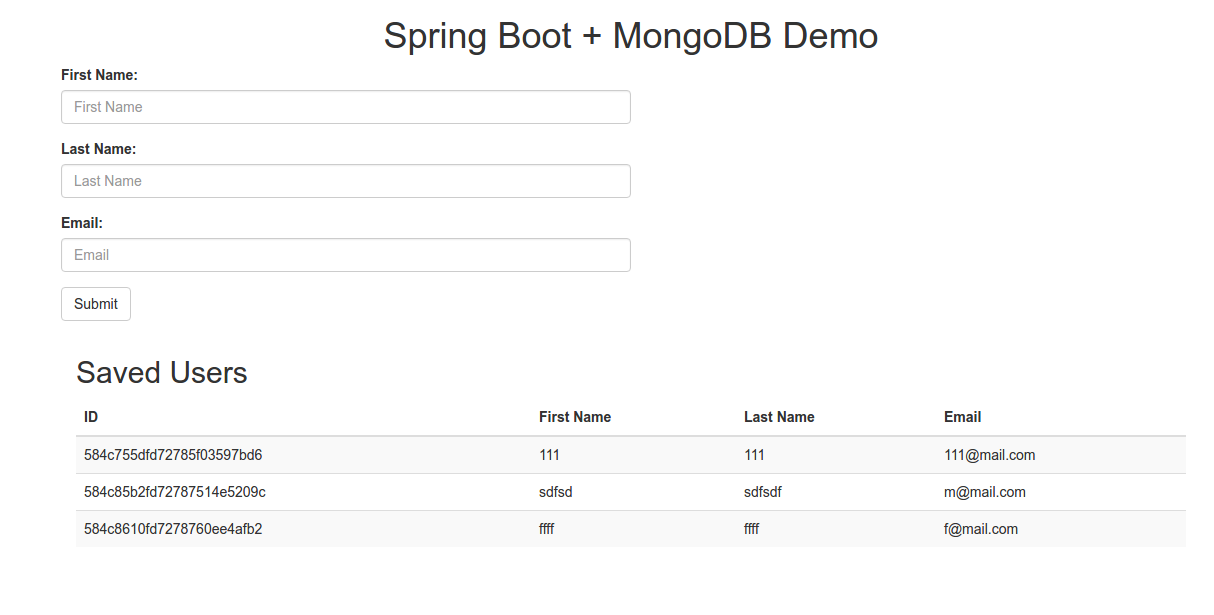 and I create a bin directory in /home/mongo

and I create a script file with my preferred editor (I use vim, you could use nano instead if vim scares you):

In it, I put the following:

Save that file, and then run this to fix the ownership of the file and make the script executable:

You can try running the script to make sure it creates a backup of your mongo database (such as it is! There might not be much there yet, if you haven't got any apps installed that use MongoDB - you can wait until after that before testing. If you run it twice, you should see both a 'latest' and 'previous' backup directory containing suitably dated directories - this provides extra data security):

Once you're happy that's working, set up a cron job to make it run daily... Again, edit a file with your preferred text editor:

and fill it with the following (replacing [an email that will get to you!] appropriately):

In the event that you ever have to recover or transfer a MongoDB database, aka container, you can do so like this (sort of the reverse of the backup script):

work out the name of the container you want to restore and copy the backup of the database directory (e.g. rocketchat or wekan) into /home/mongo/backups - to be clear: for MongoDB, a 'database' is represented as a directory of files holding all the relevant data.

and on the Docker container's command line run this, replacing the [names] appropriately below. Note, you might want to change the database name from the backup's original to a new name, so they don't need to be the same (but they can be):

Note, if you have other apps in other containers that depend on MongoDB, it's usually most convenient to upgrade them all at the same time. Look at our instructions for, for example, running Wekan, to see how to upgrade MongoDB.