After downloading its stable version for Windows 10, install and configure Docker Desktop application, as illustrated below. Then, double-click on the created shortcut for Docker Desktop on your. Windows 10 64-bit: Pro, Enterprise, or Education (Build 17134 or later).For Windows 10 Home, see Install Docker Desktop on Windows Home. Hyper-V and Containers Windows features must be enabled. The following hardware prerequisites are required to successfully run Client Hyper-V on Windows 10.

Docker, a powerful and flexible software supports cross-platform and execution on a Windows host, including Windows 10 (Pro or Enterprise) which in turn makes Windows 10, a perfect development environment for Docker use-cases. Here, we will be seeing how to install Docker version 19 in Windows 10 using the Community Edition (CE) since it is a free version. One such benefit of using this edition is that you can install it on your personal system to learn and build applications around it. However, knowledge of using Docker is crucial, if you need to build Cloud Native Microservices based applications.

Need to know how to enable Hyper-V, visit the following link docs.microsoft.com/en-us/virtualization/hyper-v-on-windows/quick-start/enable-hyper-v. In case, if you use Windows Home, these guidelines will not be applicable.

You can install the Docker desktop using Github or official Docker site. Here, we will go with the official site https://docs.docker.com/docker-for-windows/install/

In case, if you want to install the stable version, then click Get Stable and similarly, If you want an Edge version, then you can click on Get Edge. Here we will go with the Stable Version.

Stable Channel: Stable is the best channel to use if you want a reliable platform to work with. You can select whether to send usage statistics and other data. Launched once every quarter, the stable releases help to track the Docker platform’s stable releases.

Edge Channel: Use the Edge channel if you want to get experimental features faster, and get away from bugs and instability. The Edge releases also collect the usage data.

As a next step, it will download all the necessary files, and to your notice, if you’re not connected to the internet, this particular step will be skipped.

Post downloading the required files, it is time to proceed with the configuration part. As you can see in the below image, we have checked both the options in the dialog box, you can check/uncheck as per your requirements.

Note: Just to remember, if you have not enabled Hyper-V yet, you can enable it now.

Now the Docker Hub will extract the packages which have been downloaded in the previous step, and wait till the installation completes.

Next, close the installation wizard and restart the Docker desktop.

Note: if you don’t have the Docker Hub account, please find the following link for signup https://hub.docker.com/

By default, Docker will get started on system startup. If you don’t want to start Docker Hub on starting, do the following steps. 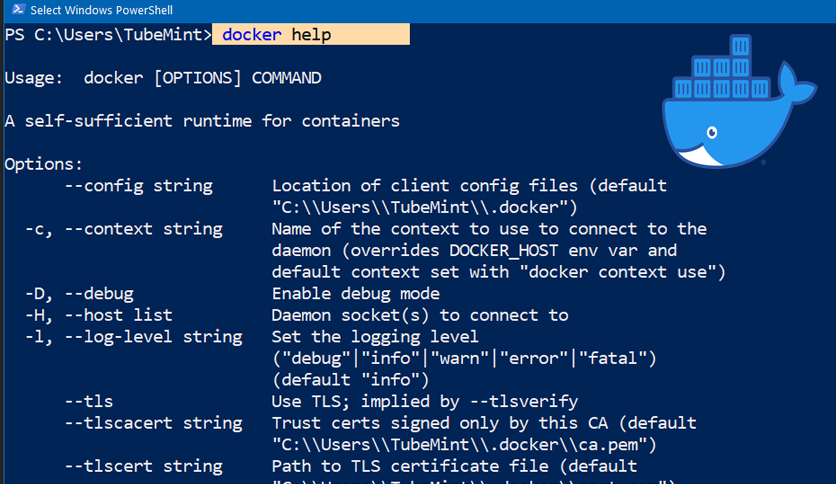 Note: Make sure that you use either localhost ip address or container’s ip address.

Note: You need at least 8 GB RAM minimum, if it is 16 GB will be more than sufficient (maximum).

The article started off with the guidelines to install Docker Toolbox and Docker Desktop for the latest versions of Windows took you through the steps of installing Docker on Windows 10. We come across fulfilling all the necessary Docker requirements, running the simple Docker image and checking both the docker image and container status using cmd and Docker Hub. Want to use Docker on Ubuntu, read our blog post on How to Install Docker on Ubuntu 18.04 As additional information, we also learnt the most common pitfalls to be avoided and thereby sticking with the best practices for optimum performance.