Harry Potter and the Philosopher's Stone was released just before the first movie hit the big screen. EA really did strike gold when they snapped up the rights to this franchise before the movies come out. As a result of this though, this first game was more based on the books than it was the movie. Also, this is the PC version I am talking about today that was released in 2001. There are many different versions of this game released, including a remake of this title a few years later. 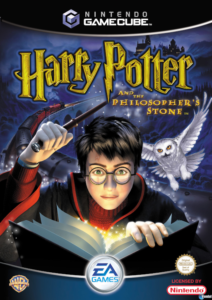 The story follows the events of the first book very closely. You are Harry who has discovered he is a Wizard and off to Hogwarts, he goes to learn how to use his powers. The game does a great job of including all the big set pieces from the book and has all the characters represented pretty well here too. If you liked the book then you will not have any complaints about the story here. Even if you have just seen the Harry Potter and the Philosopher's Stone movie, you will find the story very familiar.

You Can’t Do This On PlayStation

If you take a look at the graphics of the game now, they are very early 3D graphics, this game was released in 2001 after all. However, there is also a PlayStation version of this game and the PC one absolutely destroys it in terms of visuals. The characters may have a bit of a blocky look to them, but you can easily tell who everyone is.The environments are the best part of the game. These are very well done and I do like how they capture the imagination of JK Rowling very well. Granted the games that would follow this look way better, but there is a certain almost “old school” charm to the game that I do like.

The gameplay of Harry Potter and the Philosopher's Stone on PC is far better than you would think. What I like about this is that they did not just port the PlayStation version of the game, this is very much its own thing and that is something I really like. You play the game with the keyboard and the mouse which may sound odd for a 3D platformer/adventure game, but it works very well.

You take part in magic lessons and you do your spells with the mouse as if you were casting them with a wand. This is a lot of fun and something that made the game rather unique. You will have exploration, puzzles, a little bit of combat, and some platforming to do as well. The game is not amazing, but for a licensed game from EA and from 2001, it is not bad at all. I think that there are much better games based on this franchise than this one. However, I must admit for a first try Harry Potter and the Philosopher's Stone is not a bad game at all. It manages to capture the world of Harry Potter quite well and as it is more based on the books than it is the movies, it has a rather unique feel to it that the follow-up games did not have. The fact it is its own game and not just a straight port of the PlayStation version is pretty cool as well. 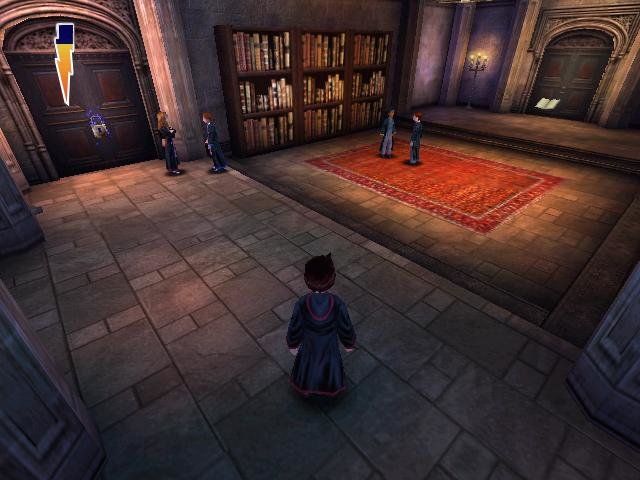