A bootable installer is one of the fastest ways to install El Capitan. Rather than copy the installer to a local drive you can run it right off a USB disk (or Thunderbolt if you dare). Such a little USB drive would be similar to the sticks that came with the older MacBook Air, when we were all still sitting around wondering how you would ever install the OS on a computer with no optical media or Ethernet otherwise. Luckily, Apple loves us. To make a bootable USB/flash drive of El Capitan like the one that used to come with the MacBook Air, first name the USB drive. I’ll use mavinstall for the purposes of this article. The format should be Mac OS Extended Journaled. The installer is called Install OS X El Capitan and is by default located in the /Applications directory. Inside the app bundle, there’s a new binary called createinstallmedia (nested in Contents/Resources). Using this binary you can create an installation drive (similar to what we used to do with InstallESD). To do so, specify the –volume to create the drive on (note that the target volume will be erased), the path of the Install OS X El Capitan app bundle and then we’re going to select –nointeraction so it just runs through the whole thing

I have downloaded the El Capitan dmg file (InstallMacOSX.dmg) provided by Apple.The expanded dmg image contains the package 'InstallMacOSX.pkg' which should be run to create the El Capitan installer but fails with the following message: This version of OS X 10.11 cannot be installed on this computer. The installer you create can be used to install OS X El Capitan 10.11 on any eligible Mac computer. This is a more convent and less time consuming way to install OS X El Capitan on multiple machines, gives you a handy emergency disk, and enables a fresh OS X install.

/Applications/Install OS X El Capitan.app/Contents/Resources/createinstallmedia --volume /Volumes/mavinstall --applicationpath /Applications/Install OS X El Capitan.app --nointeractionNote: You’ll need to elevate your privileges for this to run. Once run you’ll see that it erases the disk, copies the Installation materials (InstallESX, etc) and then makes the drive bootable, as follows: Erasing Disk: 0%... 10%... 20%... 100%... Copying installer files to disk... Copy complete. Making disk bootable... Copying boot files... Copy complete. Then you can either select the new volume in the Startup Disk System Preference pane or boot the computer holding down the option key to select the new volume. Note: If you can do this on a system with a solid state drive it will be faster. Although this took 17 minutes last I ran it even then so be patient for the files to copy.

These advanced steps are primarily for system administrators and others who are familiar with the command line. You don't need a bootable installer to upgrade macOS or reinstall macOS, but it can be useful when you want to install on multiple computers without downloading the installer each time.

What you need to create a bootable installer

Use the 'createinstallmedia' command in Terminal

* If your Mac is using macOS Sierra or earlier, include the --applicationpath argument and installer path, similar to the way this is done in the command for El Capitan.

After typing the command:

Use the bootable installer

Determine whether you're using a Mac with Apple silicon, then follow the appropriate steps: 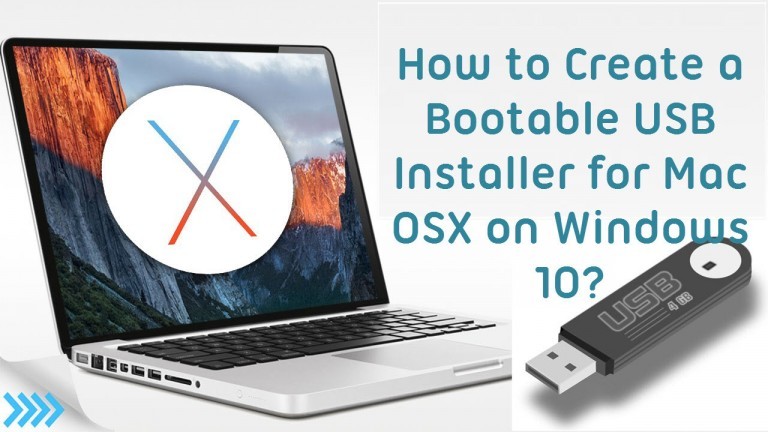 A bootable installer doesn't download macOS from the internet, but it does require an internet connection to get firmware and other information specific to the Mac model.

For information about the createinstallmedia command and the arguments you can use with it, make sure that the macOS installer is in your Applications folder, then enter the appropriate path in Terminal: